I have a tendency to rant... to joke around... or to just relieve my desire of putting pen to paper (in the digital sense) Following are my attempts at all of that... Enjoy.

And for the legals... All opinions/stories/essays are solely the opinions of the writer, they are likely written in jest or fictional, any representations of the truth are entirely coincidental. They are never intended to hurt the feelings of anyone, slander anyone, make anyone sad or mad or look like a jerk. If that happens it is entirely coincidental. This is a platform in which the author can freely express is honest OPINION of subjects. These are not the writings of a PROFESSIONAL rather that rantings of a frustrated writer. If you know of any rantings here that seem to represent a truthful situation, keep it to yourself. Of course, your comments are welcome, and if approved by the author they will likely remain to be seen by others. If not, sorry, get your own blog! 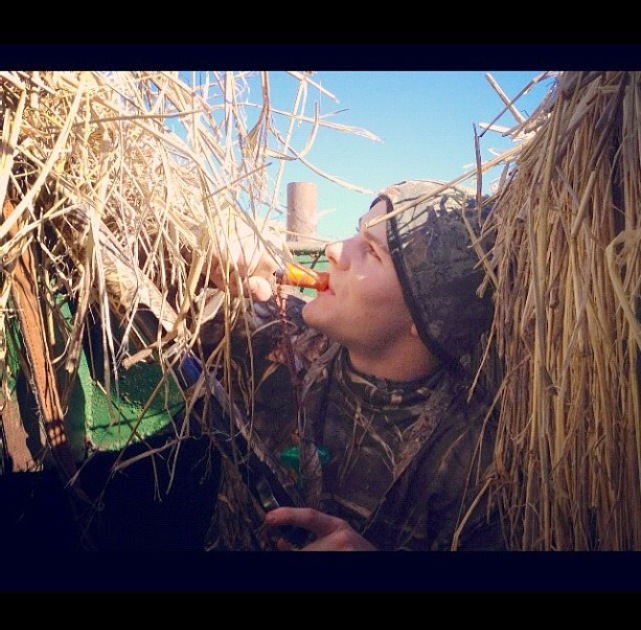 It was 28 years ago this November when I first experienced the feeling of watching Mallards settle into decoys. They were poorly converted Styrofoam planters purchased at the local flea market, on an 18 yr old’s budget.  I went several times that season, never cut a feather.  A year later I was more prepared. I had spent some time shooting skeet and had purchased a duck call. I had no idea how to use it, but I had it, a Faulks WA-33.  I soon acquired an instructional cassette tape and began working on my skills. One morning my borther-in-law and I were stalking some ducks when we jumped 2 wood ducks. One of us dropped one of them, the other kept going. I reached for my call. I laid into it trying to mimic the sounds I had been practicing. Lo and behold, that duck turned around and came back over the trees looking down to see where the quacks were coming from. I have heard for 27 years “you can’t call wood ducks”. Indeed.

Since then I have worked on being proficient with a duck call , a turkey call, and a deer grunt. Now that I make and sell calls I always ask a person, “What kind of call do you use for your particular type of hunting?” Too often, people say, “I don’t  do much calling. I never learned.”  I guess it stirs me to teach, because I believe the ability is in everyone and usually people want to learn new skills. More often than not, if someone will be brave enough to try, in a public setting, they can learn the basics in no time. We all sounded terrible the first few times we tried it. Beethoven even had a first lesson!

There are other payoffs to learning to call wild game. To name a few;

·        there is simply no greater pleasure to hunting than knowing that you actually interacted with your prey, calling it in and “making something happen.”  I will never forget that morning when I turned that woodie around for my brother-in-law. Nor will I forget the first time I KNEW that a buck came to my grunts, head up, looking around to see who was in his territory. My 12 yr old daughter grunted in her first deer just last night and although she asked me to take the shot, not feeling comfortable with the distance, we knew that doe had come in to her grunting, looking for who was calling. She was so thrilled by having taken part in the hunt.

·        It may turn a dud hunt into a true success. When nothing is happening, your calling may just change that, and when it does, you know your hard work and practice paid off.

·        You may be the only one who can call! If your buddies know you are a decent caller and they are not, guess who gets invited to go!

·        It is the icing on the cake. We work hard to hunt. We plan and spend a lot. We sacrifice sleep, precious time, and energy. The perfect finish to all of this is to be able to proficiently call your game. No football team is complete without a good kicker for the extra point or 4th down, last minute, winning field goal. So, when all the decoys have been put in place, the blind is built, the dog is tucked away and the wind is so strong that pass shooting is like trying to hit a flying bullet with a BB gun, change the game by being able to turn those birds around to some good calling.